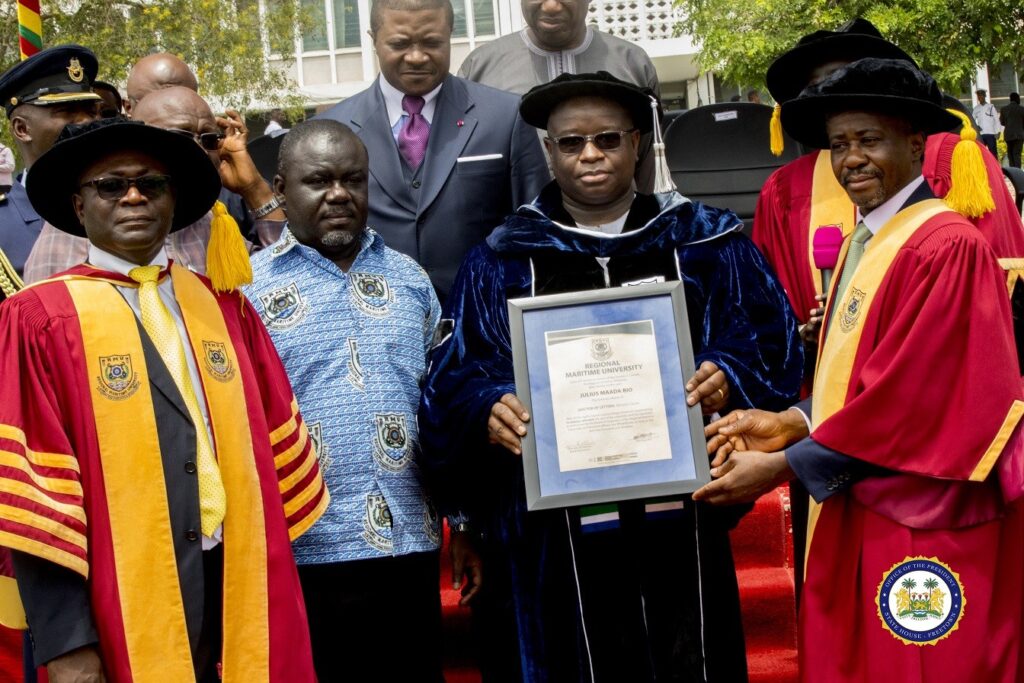 Accra, Ghana, Saturday 15 June 2019 – The Regional Maritime University (RMU) of Ghana has conferred an honorary Doctorate Degree on His Excellency, President Julius Maada Bio, at the University’s Thirteenth Congregation for the award of degrees and diplomas in Accra, Ghana.

Other dignitaries for this year’s conferment of the degree of Doctor of Letters, Honoris Causa, were His Excellency President John Agyekum Kufuor, former President of Ghana and Capt. Aaron Obeng Turkson, the immediate past Rector of RMU.

As the first international Maritime University in West and Central Africa and 61 years on since its inception as the Ghana Nautical College, the institution attained full University status on 1 October 1982 formally with Sierra Leone, Cameroon, The Gambia, Ghana and Liberia as founding members.

The Chancellor and Chairman of the Board of Governors, Honourable Dr. James F. Kollie, described President Bio as a leader who continued to distinguish himself as a champion for human capital development, adding that they had closely followed the President’s pro-poor policy in his country.

Dr. Kollie also told the gathering that he was the first President of Sierra Leone to have ever introduced free quality education of that scale for pre-primary, primary and secondary schools and for government-assisted schools in the small West African nation.

The University authority also commended President Bio for his laudable efforts in the fight against corruption and affirmed that the institution was proud to align itself with his priorities. He said that was why they had agreed to confer President Julius Maada Bio with the honour.

The President thanked authorities of the Regional Maritime University of Ghana for the honour and for their immense contributions, over the years, to train and capacitate professionals in the sub-region in maritime. As a strong proponent of human capital development, President Bio asked them to strongly consider having a constituent campus in Sierra Leone to further enhance and strengthen the country’s human capital base in maritime disciplines.

The President stated that: “I believe that investing in the maritime sector will help us unlock economic growth by making African ports and therefore countries more globally competitive and more attractive to foreign investment.”

President Bio said a key aim of his visit to the great University was to suggest a framework for the future of his country’s relationship with the institution, adding that they could leverage and further deepen existing ties through the establishment of satellite campuses or affiliations of the university with universities and institutions in Sierra Leone. 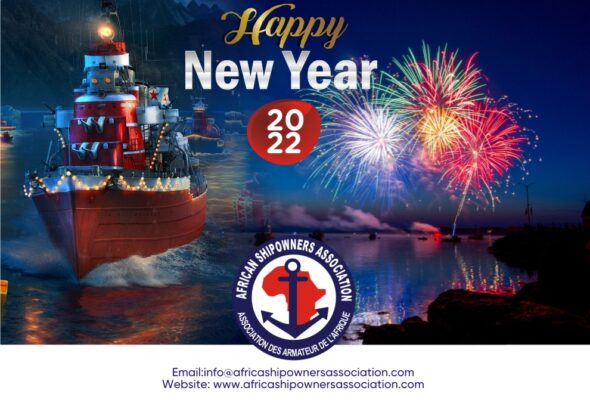 Wishing you and yours some well-deserved downtime and a very happy new year to come. Cheers to health, happiness, and prosperity in 2022! 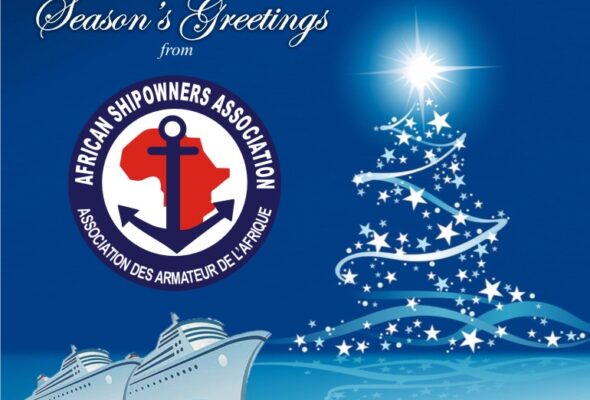 Season’s greetings and best wishes for a healthy, happy, and peaceful New Year. Love from the African Shipowners Association (ASA).